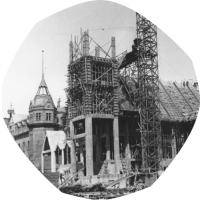 History of the Museum

Established in 1868 on Dorchester Boulevard (now René-Lévesque), at the corner of Sainte- Monique Street, St. Paul’s Presbyterian Church was considered one of the most beautiful neo-Gothic churches in the City of Montreal. It served as the crowning achievement of its architect’s (Frederick Lawford) career.

However, in 1929, the church was expropriated by the Canadian National Railway to make way for a new railway station. It was saved from destruction thanks to the Pères de Sainte-Croix, who purchased it in 1930 for the symbolic price of $1.

It was thus dismantled stone by stone in about 60 days. The stones were numbered and then systematically transported to the grounds of Collège de Saint-Laurent, where it became the new chapel of the Frères de Sainte-Croix. It was rebuilt on a concrete frame by architect Lucien Parent, who slightly modified it for its new vocation as a Catholic chapel.

Among the additions were an organ loft, confessionals, the Stations of the Cross, and new stained-glass windows. It was also raised by one storey to accommodate the Émile-Legault performance hall, where the famous Compagnons de Saint-Laurent performed.

The chapel was rendered vacant following the secularization of the educational institutions in 1967, and was then transformed into a museum under the aegis of Prof. Gérard Lavallée in 1975. In 1979, the Musée d’art de Saint-Laurent opened its doors. Its permanent exhibition remained until 2002, when renovations were carried out to better meet the needs of the public. In 2003, the museum changed its name to Musée des maîtres et artisans du Québec and, in 2004, presented its new permanent exhibition, Mains de maîtres.

The original stained glass windows adorning the chancel and building façade did not follow when the church moved in 1930: instead, they were reused by the Presbyterian community for their new Church of St. Andrew and St. Paul on Sherbrooke Street in Montreal, where they are still visible today. The new stained-glass windows made in the 1930s were therefore adapted to the existing stone frames.

Secrets from the archives. . .

In 1932, Father Cousineau from the Sainte-Croix congregation received a letter from the German glassmaker, Karl Diemand. The letter included a list of possible subjects for the stained-glass windows in the transepts of the church. In 1933, he received a second one, this time from Francis Chigot, this time for the right transept. However, these projects clearly never materialized, because the transepts still do not have stained glass windows.

The western stained-glass window is made up of two parts. The central piece, Vierge à l’Enfant, made and given by the Carmel du Mans workshop in France in 1874, comes from the old College church. It may be one of only two contributions of the Carmelite stained-glass workshop to North American architectural heritage.

Francis Chigot (1879–1960), master glassmaker from Limoges, France, was asked, in 1932, to replace the other parts of the stained-glass window. Well-known for his Art Nouveau and Art Deco-inspired works, he was also responsible for the historic stained-glass windows of the Notre-Dame Basilica in Montreal.

Stained glass in the chancel

The central scene depicts the appearance of Jesus to Saint Mary Alacoque, according to the Sacred Heart devotion legend. This French nun, who experienced a divine revelation in 1675, was called to spread the worship of the Sacred Heart of Jesus. She was canonized in 1920. Secondary stained-glass windows depict different scenes from the New Testament. Fleurs-du-lys, symbols of the French-Canadian Catholic faith, surround the main scene.

To accommodate the organ and choir space recovered from the former Presbyterian church, the second-floor organ loft was added by Lucien Parent during the reconstruction of the building in 1930. The organ had previously been located in the center of the church, in the chancel. It is a Warren organ from 1868, modified and enhanced by the addition of the Mitchell organ from St. Andrew’s Church in 1919.

To prepare for its installation in the chapel of the College, Casavant Frères from Saint-Hyacinthe dismantled the organ in 1930 and completely rebuilt it. The instrument was restored and enhanced to a total of 5,459 pipes and 81 pipe organ stops*. By comparison, the organ in St. Joseph’s Oratory, which ranks among the 10 most prestigious organs in the world, has 5,811 pipes and 78 organ stops!

Several famous organists have played this imposing instrument, whose pipes reach into the four corners of the building. Silent since the early 1970s, it was once considered one of the most versatile instruments in Canada.

The oak cases topped with floret arrows, a botanical ornament, were designed by Lucien Parent, the architect in charge of moving and rebuilding the chapel.

Finally, for safety reasons, a railing was added to the organ loft in 1998.

*An organ stop is a row of organ pipes used to create a particular sound, more appropriately known as a rank.

The MUMAQ: an impressive collection

The museum’s collection is composed of more than 10,000 objects stemming from various arts and craft traditions. In the fall of 2002, the museum underwent a makeover: the architectural firm Marc Julien modified the interior layout to improve visitors’ services and restore the beauty of this heritage building’s décor.

At the same time, a new permanent exhibition, called Mains de maître (The Master’s Hands), was inaugurated in March 2003. Then, in May 2017, the MUMAQ received a grant from the Québec Ministry of Culture and Communications to re-imagine a new permanent exhibition. The result is Meaningful Objects: A History of Québec’s Crafts, which we are proud to present to you today. 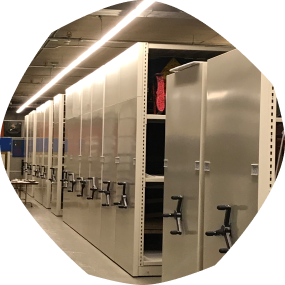 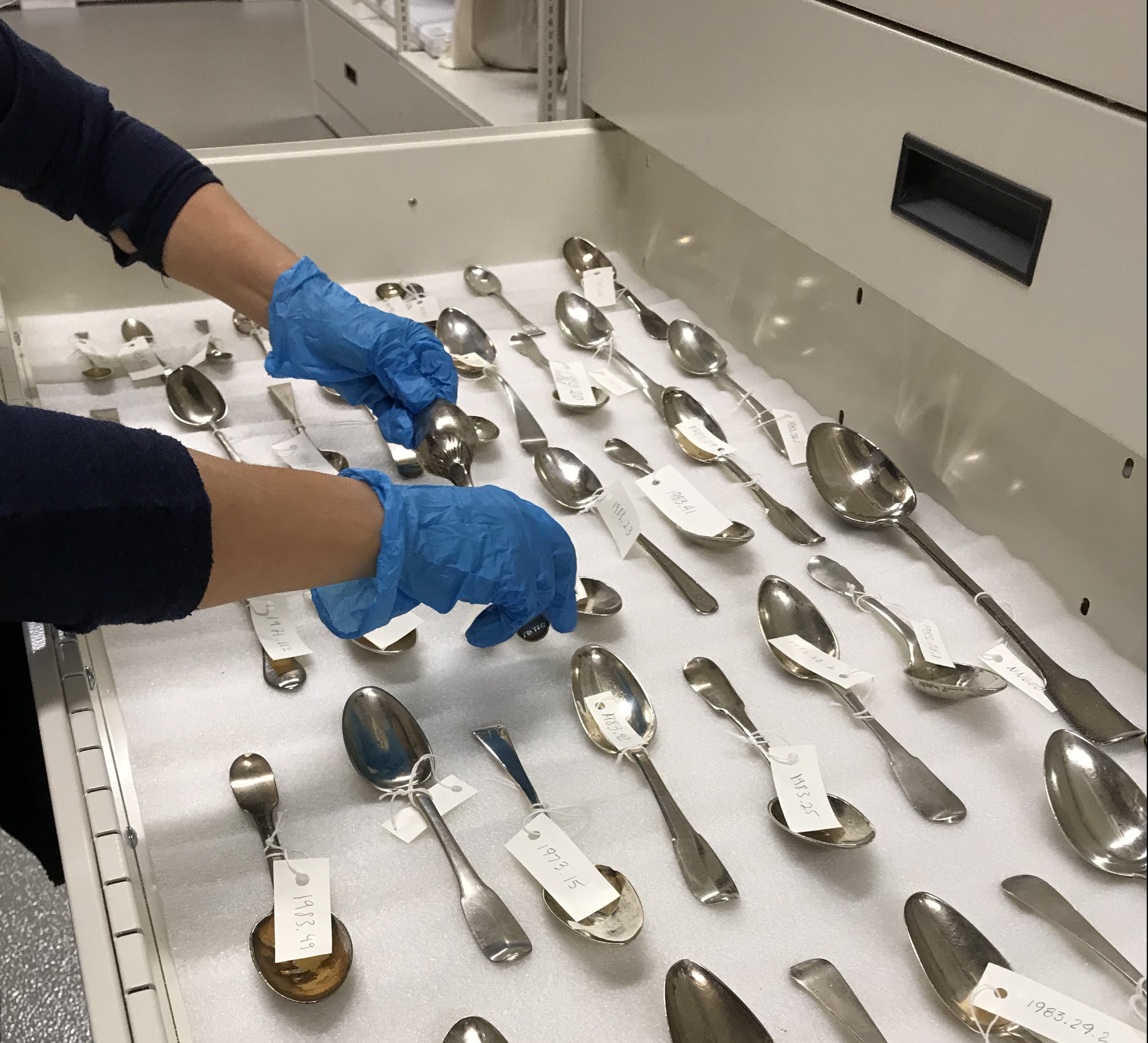